What is NFC technology 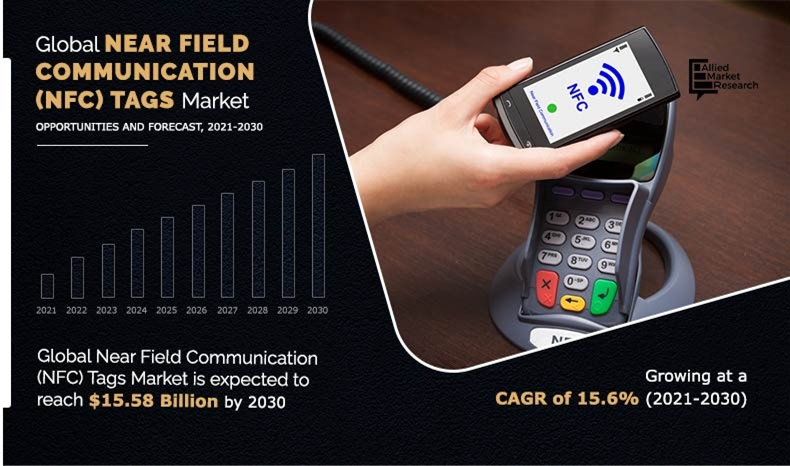 If you have ever wondered what NFC technology is, you are not alone. In this article, you will learn more about the technology and how it works to exchange parts of information between two devices. Unlike Bluetooth, NFC is much faster and more secure, and can be used in many different situations. Read on to learn more about the benefits of NFC technology. And get to know how to use it for your next project. If you haven't heard of it, here are some of the reasons why you should check out the technology.

Using NFC technology to transmit and receive data between two devices has several advantages. NFC technology makes contactless payments easy, fast, and secure. NFC-enabled devices have ushered in the contactless payment revolution. Contactless payments eliminate the need for signatures or PINs, and are far safer than traditional credit cards. The technology is so popular that Google Pay powers millions of transactions globally.In addition to facilitating easy payment transactions, NFC technology can also improve the quality of care. For example, in a hospital setting, NFC-enabled devices can help medical staff track where patients are, when they last saw a nurse, and whether or not they've received a treatment. Eventually, NFC-enabled wristbands could replace traditional hospital identification bracelets and provide real-time patient information.

It's faster than Bluetooth.

The first question to ask is whether NFC technology is faster than Bluetooth. Both technologies have their advantages and disadvantages. Bluetooth has a wider range and is faster, but NFC is more secure and has a faster handshake. NFC also requires less power than Bluetooth, so it won't drain your phone's battery. However, NFC isn't as convenient as Bluetooth when it comes to file transfers.Bluetooth has a maximum data transfer rate of one Megabit per second. NFC, on the other hand, has a maximum transfer rate of four24 kilobits per second. However, NFC is less reliable when it comes to larger files, like movies, music, or contact details. Bluetooth requires a pairing process before transferring files. Using NFC, the devices are connected in a matter of seconds.

Bluetooth drains the battery of your phone. It also exposes your phone to security risks. Hackers can easily access your device via a Bluetooth connection. In comparison, NFC uses a low-power radio transmitter. Regardless of which technology you choose, it is important to consider the risks of both technologies and decide what best fits your needs. If you need to use Bluetooth for your business, consider the benefits of both technologies.While Bluetooth and NFC both work to transfer data, NFC technology is faster. NFC is faster because of its wider range. For instance, NFC apps allow you to transfer files with ease and faster than Bluetooth. Bluetooth is the standard for wireless communication, but NFC offers complete interoperability. With its wide range of applications, it's a superior option. This technology is currently used in mobile phones and other devices, making it more convenient for consumers.

Consumers are unsure whether NFC technology is secure. The technology relies on wireless signals, and many consumers worry that hackers could access merchant information stored on an NFC Terminal. However, major payment systems use a process known as "Tokenization" that makes it impossible for hackers to obtain this information. Despite the concerns of users, NFC vendors should still be cautious when releasing new technologies. This article will explore some of the security issues that can arise.One of the biggest security concerns is the range of the NFC signal. While the theoretical range is 20 cm, it is rarely practical in the real world. In addition, NFC can only make contacts close enough to allow the reader to tap the tag. Because NFC works with smart card technology, it is secure due to the fact that the reader must be close to the NFC tag in order to access the information. Because of the high proximity required for reading an NFC card, this technology is particularly useful for securing credit cards.

For added security, the NFC tag must be encrypted and decrypted. Parsing the NFC tag will reveal the type and MIME of the data payload. The NFC association will implement additional security measures for its devices. It is possible to detect unauthorized activity through the NFC tag. A third security issue concerns the NFC security of a payment transaction. NFC technology may not be secure for mobile payments, but it is secure for traditional payment methods.The NFC dispatch system encapsulates successful NDEF data inside an ACTION_NDEF_DISCOVERED intent. The first NDEF record in an NdefMessage cannot identify the data type. Therefore, the NFC tag does not contain NDEF data. The Tag object, however, contains the payload. This data is then passed to the NFC payment terminal. The tag dispatch system parses the message and attempts to locate the application that is interested in the tag.

The versatility of NFC technology is a major factor in its widespread use in education. The use of mobile devices can be considered an extension of classroom learning, as students can now access educational materials at any time and place. The study focused on history education materials, including posters and maps, and the use of NFC technology to create educational materials. Two selected posters, Fatih Sultan Mehmet's "Turkish Revolution" and Kasgarli Mahmud's "Suez Canal", are examples of educational posters that can be converted into NFC smart materials.Other uses of NFC include mobile payments, sharing important files, and payments with bank cards. Since NFC is highly versatile, its widespread use is bound to increase. While most people use NFC devices for access and security, Beatie Wolf has taken advantage of its versatile capabilities to launch her new album, Montagu Square. Fans of the singer can purchase NFC cards that correspond to the songs on the album, and then simply tap the card on a mobile device to play the song.

A tag with an NFC symbol on it can contain information such as a phone number or a URL. In addition to this, NFC tags can be used to launch apps and open web pages. The devices that receive the information from the tags can also connect to Bluetooth or WiFi networks. However, the technology is more advanced than its use in consumer electronics. It is a great innovation and is destined to become more widely adopted as a universal communications tool.In addition to mobile banking, NFC is becoming increasingly popular in a wide range of industries. Consumers can use it for restaurant and movie reservations. Many POS terminals are already equipped with NFC technology, and there are predictions that 1.4 billion NFC-enabled smartphones will be in use within the next five years. With so many applications, NFC will soon become a ubiquitous technology in our society. This technology is truly versatile, and is poised to be a great success.

The use of NFC technology in healthcare systems is growing. One study describes the integration of a pedometer and blood pressure meter onto a NFC reader. The data collected by these medical devices is transferred to a server connected to NFC. This makes it possible for healthcare providers to use these devices to monitor patients. The study also outlines the potential for the technology to improve medication administration.Current contactless card standards include ISO/IEC 14443 and JIS X 6319-4 Felica. The NFC Forum also defines additional physical layer specifications, including an analog specification and digital protocol specification. The latter refers to the digital aspects of ISO/IEC 18092. The former is the foundation for contactless card applications. The latter is the basis for NFC ticketing and access control.

What is NFC technology
If you have ever wondered what NFC technology is, you are not alone. In this…
Examples of Disruptive Technology
Disruptive technology.When it comes to technology, disruptive innovation is defined as an innovative technology that…
The Impact of Technology on Society
How has technology changed.Technology has altered society in so many ways. From how we communicate…
Revolution In Aeronautics Technology Is On Its Way
The article discusses how advancements in the aeronautics industry will lead to a revolution in…
Applications of 3D printing in medical technology
Medical technology. The World Health Organization defines health technology as the application of skills and…
The Implications of Digital Technology in Education
Digital technology.While the term “digital” covers many uses, the term has been used to describe…
Technically Speaking: The Pros and Cons of Technology
Is technology good or bad? Let’s examine the Positives and Negatives of modern technology and…
What Is A Network Technology Revolution?
Network technology is the backbone of today’s society. From the internet to mobile phones, the…
Home
About Us
Contact Us
Privacy Policy
Disclaimer
Back to Top