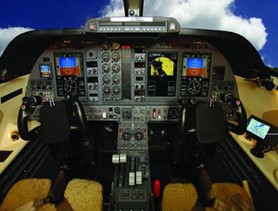 With the current aviation technology, air travel has fundamentally changed over the last few decades. Some of the technology that has been embraced include digital communications, satellite navigation, and advanced avionics systems. Although these advancements have made flying much more convenient for passengers and safer for pilots, there are also some downsides to the innovation - increased costs, safety restrictions put on pilots due to regulations, and many other concerns with the innovations. This article will discuss these challenges as well as how past innovations have shaped aviation technology into what it is today.

What is Aviation Technology?

the history of aviation

The history of aviation is one filled with innovation and change. From the Wright brothers' first experiments in flight to the development of modern airliners, aviation has come a long way. Here, we take a look at some of the major technologies that have shaped aviation over the years.

Aviation has come a long way since the Wright brothers first took to the sky. From pioneering early aviation technologies to more recent innovations like air bags and Wi-Fi in planes, there have been a host of technological advances that have shaped the way we fly. Here's a look at some of the most significant ones.

One of the most exciting aviation technologies on the horizon is autonomous flight. This technology allows planes to fly themselves without human intervention, making flights safer and more efficient. Airlines are already starting to test this out, and it could soon become a standard feature on flights across the globe.

A major trend in aviation technology is 3D printing. Airlines and manufacturers are using this method to create custom parts for planes, creating a faster and more efficient manufacturing process. This technology has the potential to revolutionize aviation, and we can only wait to see what new innovations it brings us in the future!

Satellite navigation systems have been a staple in aviation for years now, and they continue to improve every day. These systems help pilots navigate their way to their destinations with ease, saving time and money on flights.

How does a Flight Computer Work?

A flight computer is a machine that helps pilots fly airplanes. It is made up of many different parts and it helps the pilot to stay safe while flying. A flight computer has a lot of different functions and it can even help a pilot to land the airplane.

New Technologies for Airlines and the Industry

Aircraft are evolving at a rapid pace, with new technologies being developed to improve efficiency and safety. Here are five of the most significant aviation technologies that are changing the industry.

The next generation of aircraft is made up of advances in materials and aerodynamics that make them more fuel-efficient and quieter. These new planes are expected to reduce air travel costs significantly, making it an even more attractive option for passengers.

One of the biggest challenges facing pilots is determining their location on the Earth's surface. With complementary navigation technologies, aircraft can use various tracking systems to help them find their way. This technology is used in both civilian and military applications, and is expected to continue to improve in the future.

Advanced flight control systems allow pilots to fly aircraft with greater precision and accuracy. These systems use data collected by onboard sensors to provide feedback to pilots about their flight path and trajectory. This technology is essential for safe flying, and has been implemented in many commercial planes over the past few years.

Digital signage systems are becoming increasingly popular in airports, as they provide

The Wright brothers were the first people to ever take to the skies in an aircraft, flying their Flyer on December 17, 1903. Their success paved the way for future aviation pioneers, and their invention helped to usher in an era of commercial flight.

Airbags were first used in aircraft in 1975 on a Cessna 172 by US inventor Jack Knight. Today, airbags are standard equipment on most planes, including many small aircraft. Their ability to protect passengers in crashes has made them integral to aviation safety.

In 2010, Swiss engineer André Borschberg became the first person to fly an airplane using only solar power when he flew his Solar

The future of aviation is full of exciting technologies that are changing the way we fly. Here are four of the most promising:

There are a number of new technologies changing aviation, and that means big changes for the industry. Here are some examples:

-Virtual Reality: This technology is being used to train pilots in dangerous situations and to improve cockpit design.

-5G Wireless Networks: These networks will allow for faster data transmission, which will improve passenger experience and safety.

Previous Article
The Complete Guide To Revolution In Computer Technology
If you’re looking for a guide to the revolution in computer technology, this article will…
Next Article
What Is A Network Technology Revolution?
Network technology is the backbone of today’s society. From the internet to mobile phones, the…